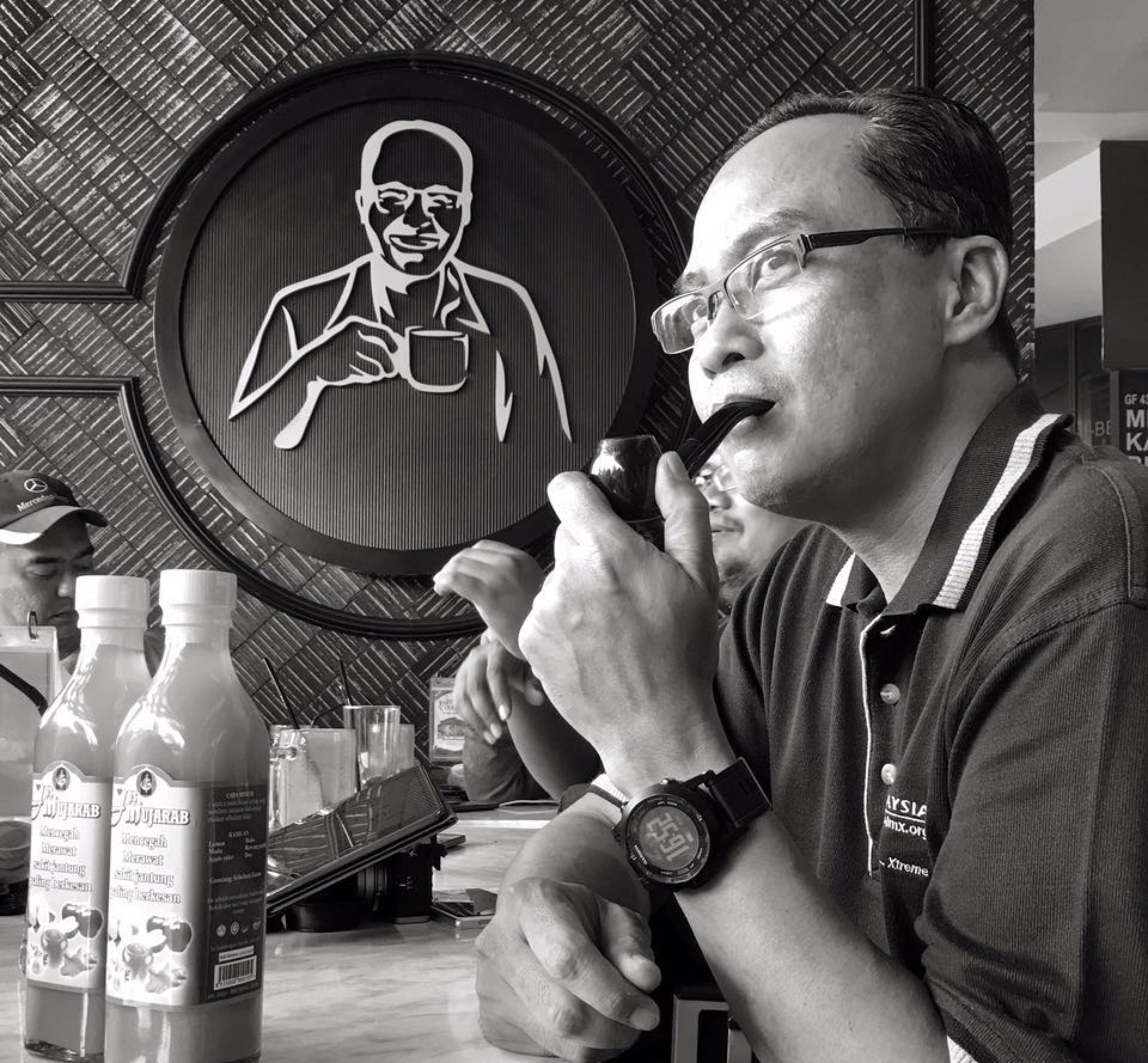 Another successful BTM…..
Encouraging attendance!!
20 members turned up for the event. I think the location of the event does matter. The last BTM held at KL Sentral (Café Nescafé) also had a very good turn out.

The “star” attraction this BTM is Shah with his spanking new Sony Clié NR70V. I think everyone there fondled with his toy (that sounds funny :D, but jokes aside … eh!), filpping and twisting the NR70V display. Shah looked quite worried, he might take home 2 PDA at the end of the day… A keyboard and an LCD display 😀

Tim Kwan did a GPRS connection demo with his m505 and Siemens ME45 mobile phone… Cool!!

And doubly Cool!!, to see how Kamarul converted his Ericsson R520 antenna into an emergency stylus. I’d never thought of that 🙂

At about 2:30pm Abedib did an announcement on palmx.org, asking members to contribute to palmx.org in whatever form they could give. Also, it was decided that the palmx annual dinner would be held on August 24th. The venue has been tentatively set at Restoran Sri Senja, 4th Floor, Suria KLCC. Any changes to this event would be announced later.

After the short speech by the founder of palmx, members went back to their chit-chat and beaming session.

The meet ended about 4:00pm, and the last to leave was myself and Dr. Azmi. Thenafter, we went to Flamingo Bowl , Ampang for a game of bowling to see where we stand before next month bowling meet with KVPUG (Klang Valley Palm User Group) …. From the scores, we were “not standing” at all 😛