Last Sunday I bought a Garmin Nuvi 205 for RM900 from Starlite Sales & Services for one of my trainee lecturers. Since the shop is in Seremban and I am in Subang, I ordered by phone. I paid by depositing the money into their account via Public Bank Berhad (PBB) ATM and added RM20 for postal charges. They sent it at 4 pm the next Monday by courier and I received the item on Tuesday at 2 pm. The device came along with a car-charger and an automotive windshield mounting bracket with suction cup mount. However there was no USB cable nor any microSD card. I tried it out on Wednesday morning prior to handing it over to the trainee lecturer.</p

The following is my impression of Nuvi 205 based on the short time I held it in my hands. Therefore my impression may not be too accurate.

On Tuesday night I had a look at the device. Upon switching on the device, I get the following screen. 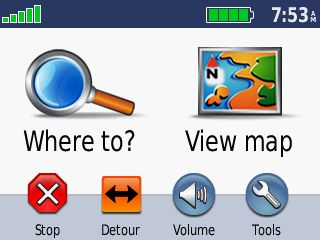 To configure, I clicked on “Tools”.

The device came pre-loaded with the following maps; 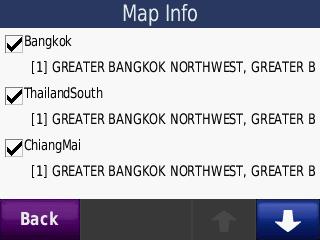 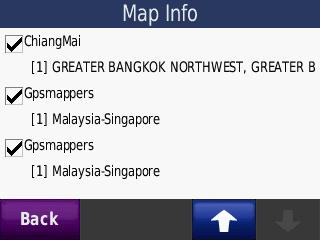 How did they put in all these maps into one device? They gave the following names to the maps so that these maps could co-exist with one another. 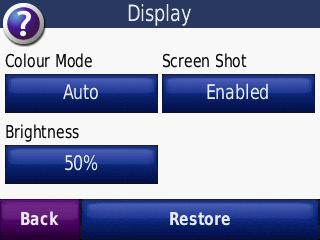 Even at 50% brightness, the screen was bright enough to be seen under bright sunlight. Much better display than any of my gadgets. Even better, the battery level was not affected much after 45 minutes of driving. 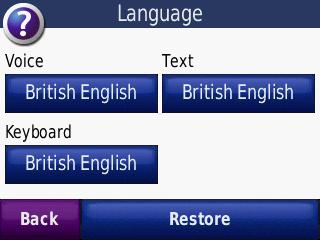 You can choose your own language for the device. I chosed British English since the voice was much nicer than the American English.

Everybody has their own list of favourite waypoints. How do we get it into the device? It is easy easy enough by using MapSource. I could even add a photo to illustrate each waypoint.

It was easy to get a GPS fix. Not even a minute passed although it was last used in Seremban and I was in Bukit Jelutong when I was trying it out. I just clicked “Where to”, “Favourites”, “HUKM” and the device immediately gave me the best route. I know it is the best route since I’ve been using it for a few years, something that I don’t see often in other GPSr. It was configured to show the fastest route. If you want it to show the shortest route, just change the configuration. 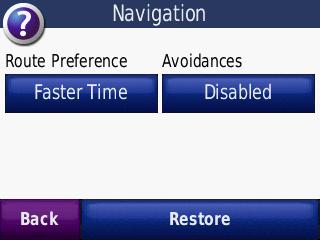 The guide given is quite clear and timely. Even better, there is a visual prompt on the top left side showing how far is the next intersection/turn. 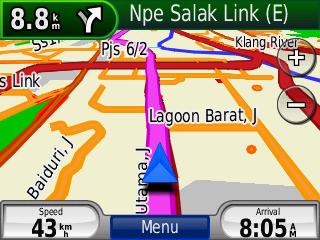 As I was driving, I could easily check for nearby hospitals, police stations and petrol stations from the “Where Am I?” page. This is very useful indeed, on top of the usual method of searching the POIs. You can even save your current location as a favourite waypoint. 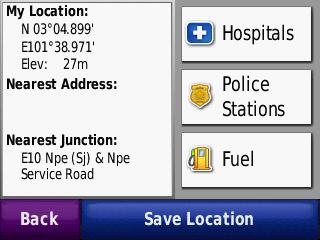 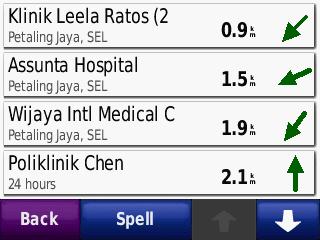 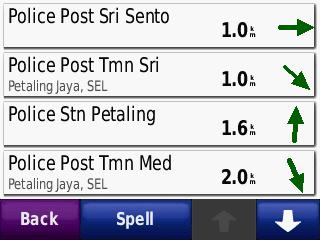 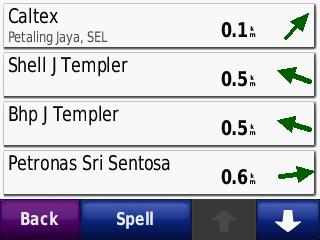 Upon reaching my destination, I easily downloaded the tracks into my PC using MapSource. I could even view the tracks using Google Earth.

I checked the prices at Low Yat Plaza on Wednesday. The Nuvi 200 sells at RM880 and it doesn’t have the tracking ability. So Nuvi 205 with its tracking abilty at RM900 is a good buy indeed.