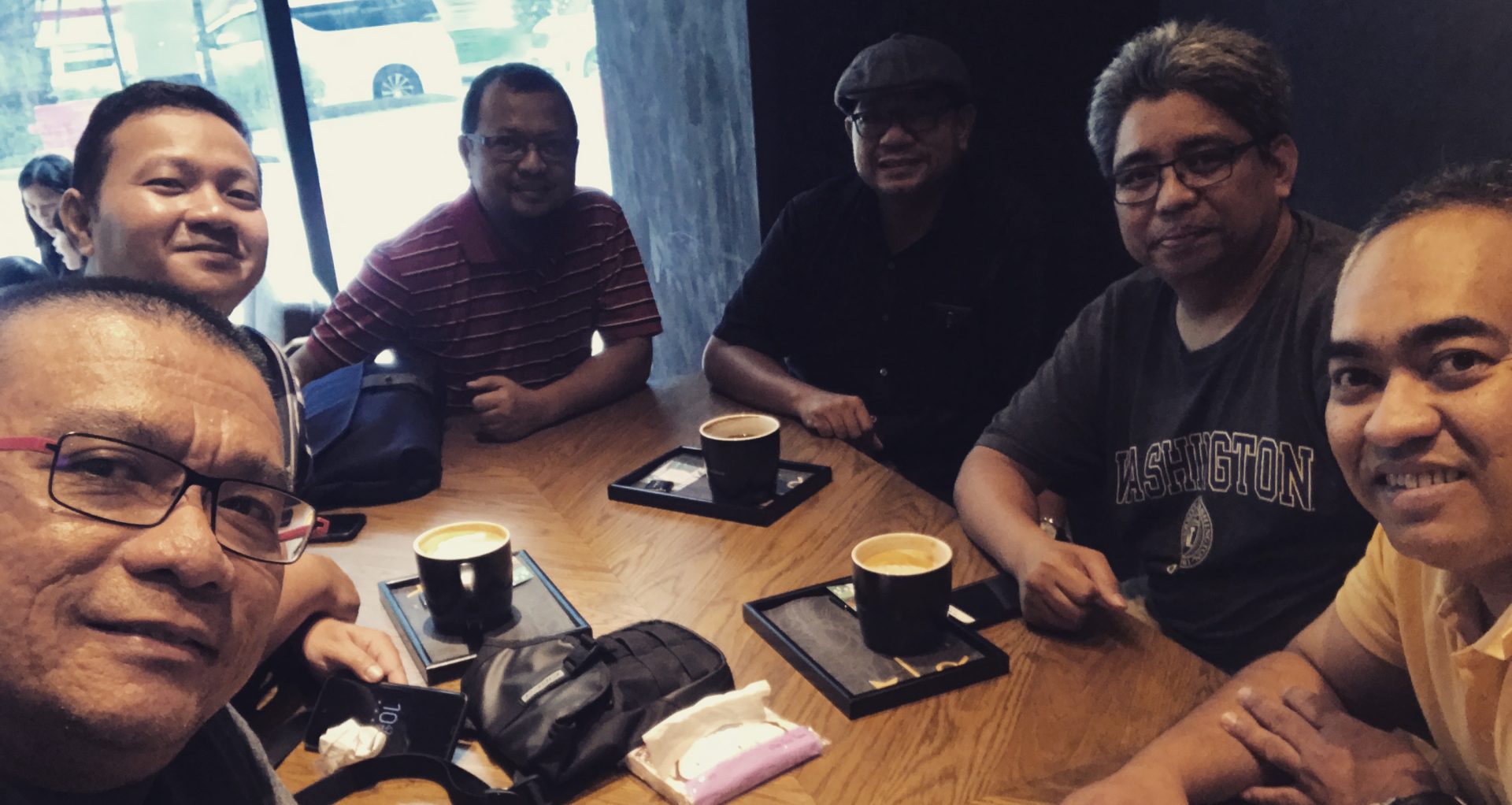 Lee was once a happy 555 paper notebook user. It costs him 20 sen and it serves him well. He can take notes, write appointments, track to-do lists, addresses and do calculations in it. He brings it everywhere he went. It’s light-weight, and doesn’t restrict what he wants to do with the pages inside.

Then one day, Lee stumbled upon a simple calculator with built-in calendar, converters and address book. Wow, all this for only RM35. It’s not THAT expensive, and Lee know the calculator and converter would surely help him better than his 555 notebook. Alright, paid the money, got it. Lee was happy that he bought the new multi-function calculator. He is right, it IS better than his previous 555 notebook. Now he can calculate easily and find address and telephone numbers much faster. Lee dumped his 555 completely and now carries his calculator everywhere.

(I’m sure by now everyone would be able to guess where this story is heading, no?)

Few months later, Lee was shopping in a mall. He was waiting for his film to be developed when he saw in the camera-shop’s display what appears to be a calculator, but with a screen as big as the device itself. Curious, he asked the shopkeeper to show him the “big screen calculator”. Lee found out it’s called a Personal Organizer. It contains the same basic functions of his multi-function calculator, but better. The Calendar is more intuitive, the address book larger and contains more details, and it has a built-in scientific calculator. Wow, and look at this, the to-do list has priority settings! Of course, Lee thought to himself that this little thing will surely help him be more productive. He got it. “Wow, I should’ve got this device sooner” Lee say to himself.

Few months yet passed by. Lee’s electronic organizer has some power problems. He brought it back to the camera shop he bought it from, thinking of having it repaired. While waiting for his electronic organizer being checked, Lee noticed some new devices being displayed. PDAs! Extending what Lee’s little electronic organizer can do, the PDAs can perform many other things that Lee might need. Also, how can Lee resist the fact that these PDA can be upgraded with new programs to help him being even more productive? He got one. Months passed. It was pure blessing…. Lee cannot imagine himself living without his PDA now.

Yet few more months passed. Lee saw in a newspaper advertisement what appeared to be his same PDA, but in colour! Wow! Imagine this…he can now see his notes, calendars and stuff all in colours! Looks, there’s even a “paint” function too! Lee remembers beign able to draw freely in his 555 notebook, and now that this new colour PDA has got a paint program, he really wanted it! Off he went, got himself one. Lee was having a blast painting stuff on his new colour PDA, but found out that he soon created lots of tiny scratches on his screen and also no more space to store his drawings and notes. He checked around, and found yet another better PDA. This one has more memory, has expansion slots and a nicer better colour screen! Wow!!!!! Lee was drooling over this new device. After a short few weeks of hesitation, Lee could not hold it anymore and got the new BETTER PDA. He also bought some memory cards and some screen protectors to avoid scratching his screen this time. Lee loved his PDA so much, he wanted to buy an expensive case to protect it. He bought an add-on camera, an add-on modem….soon he found that his PDA has gotten really heavy with all those add-ons and thus he decided on a belt-clip….

Then one day, the unformidable occurred…Lee dropped his beloved PDA to the ground. It shattered into pieces and could not be fixed. His warranty has expired. Lee’s world crumbled. He wanted to get a new one, but he havent the money at the time. He searched his drawer and found his 555 notebook lying there. Lee picked it up, put it in his pocket and went out doing his daily chores. The Lee found out that his 555 is able to do what he needed as well expensive colour PDA could do! Lee laughed at himself and learned a lesson… He found that the more he has, the more he wants!

The same pattern was explored by Maslow’s Hierarchical Need and has been guiding principle for Organizational Behavior and HRM and better still SHRM.

Just like marketeers leveraging on the anthropologist and ethnography’s views on diffusion of innovation adopters to understand consumer behaviors, i.e. innovators, early adopters, early majority, late majority, laggards, we can apply Maslow’s Hierarchical Need to understand the way we act towards handheld technology.

Physiological needs:
The needs to have things in place, that we think whatever sufficient to the essentials of daily life is enough. Thus, one does not require electronics aid for keeping contacts, expense, journals, and plans. The 555 book or our PC at home is just enough.

MANAGEMENT: Provide lunch breaks, rest breaks, and wages that are sufficient to purchase the essentials of life.

Safety Needs:
And then, data kept are no longer reliable, its safety is compromised and once written it has to be rewritten or retyped somewhere else. Now the needs to have a handheld so that data are easily kept and brought anywhere become compelling. And also because we are becoming afraid that one day if we lost the 555 book, it would be impossible to recover all the things we had put in. Even when we get soaked in the rain it could to a certain extent cause damages.

When handheld comes into possession the safety needs are fulfilled. Data can now be hidden, protected, and shared on various platform. The issue of compatibility, extensibility, and scalibility are now well taken care of. We no longer have to change diary and replace contact book from time to time.

PALMX: new users that we all try to attract and persuade to join us.

Social Needs:
Now, when early and majority adopters are in the possession of the machines, support groups or community of interest mushrooming everywhere. It come in the forms of regional based community or specific machine based community. Web sites of products, forums, and social meetings become the common place to meet and discuss issues and problems.

PALMX: new members and all of us

MANAGEMENT: Create a sense of community via team-based projects and social events.

Esteem Needs:
When one got associated with a certain group or machine, he or she could get stuck with it, although there is compelling reason to switch personality from one to another. A Palm OS user would never switch to PocketPC (and vice versa) for example.

MANAGEMENT: Recognize achievements to make employees feel appreciated and valued. Offer job titles that convey the importance of the position.

Self-Actualization:
This is when exclusivity becomes the single factor of differentiation. An owner will be switching from one model to another from one product announcement to another. At this level, the ‘wants’ override the ‘needs’.

MANAGEMENT: Provide employees a challenge and the opportunity to reach their full career potential.